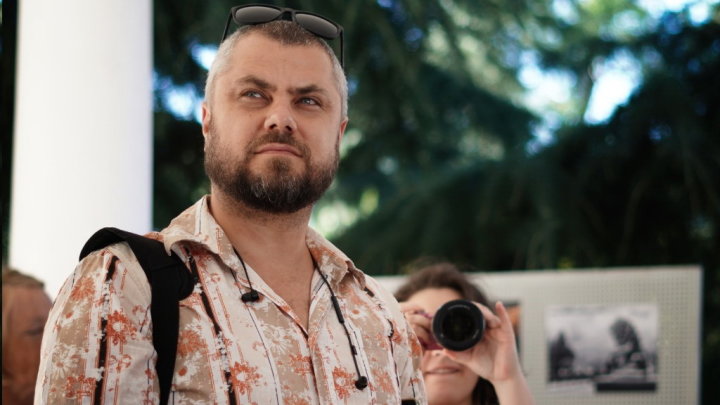 My name is Igor Kruykov, I’m at the full age of 38 (thirty-eight), born and grew up in Kerch city, which is
in the Republic of Crimea.
I work as an individual undertaker. In today’s world, FINE ART photography doesn’t bring the needed
return (not always if it does), so I need some spin-off. I find photography an independent kind of art, that’s why I don’t take shots for “profile pictures”. I’ve been keen on the photography since my childhood, and my first camera was a film amateur model “Agat-18”. I developed the film myself and printed photos.

I progressed to the medium format, and then, as many people did, switched over to a digital camera. As for this moment, I’ve got two cameras: the main one is Sony A7RIII and the secondary one is Canon
1DsMarkIII (which I use for taking shots in rain, snow and so on). As for the camera glass – in my view it
doesn’t make much sense now, because even a low-cost optical camera gives quite good image ��
Relating to lighting equipment – I use a generating high-speed light of a popular company. Currently I have three of them, but in fact I’m trying to use one. I don’t retouch photos, try not to deceive my viewer and introduce the image as honestly as it’s possible.

What is more, my photos are shown in a few modern art galleries (for example, Saatchi Art), where I sell
them.
What doesn’t contradict having an Instagram (@kruykov_art) where I share my works with the viewers – for free.

In the AGORA Top-50 I got thanks to the main tags #Stillife #Street #Cat #Sphinxlife
That was quite pleasant ��. I got in the Top-50 with a few works at a time. That is a Street-photo, a classical still life, and a Sphinx still life (my own genre, that had extensively won purses in the World’s Top).

I like AGORA – with its calm atmosphere, and its less liability to fake engagement when poling as well. All the contests are held in the cold light of day without any irritant out of place. Though the followers’ impact is palpable. It’s the vast majority “disease” of modern contests. Probably, that’s the only way out for now �� I was acknowledged numerous times in prizes for photography, such as World Photography Organization, Sony, 35 awards, Artlimited and many others. Had my works published in The Guardian as well.

You can always get in touch with me via e-mail: lingvokerch@gmail.co