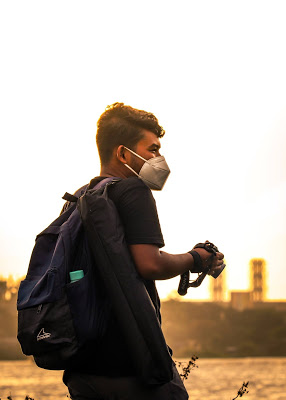 I am Rahadh Sarker, I have another name though; Abul Hayat Rahadh. Sarker is my family title, but I don’t use my title in my academic or government transcripts. I am from Bangladesh, my hometown is Kishoreganj. Not far f Dhaka, well, I was born and brought up in Dhaka. I am the youngest in my family. I have an elder brother. I am now 21 years old. I am an undergraduate student of Human Resource Management at Khulna University. I also work as a Contributing Photojournalist at Pacific Press Agency. I want to be a professional full-time photojournalist. I had dreams to work for National Geographic. Though now I know more, I might target to get into Zuma Press Agency, The Star, The Guardian, The Times and so on. I also have a great interest in Music. I can play drums and sing songs. Besides, Football is my favourite game, I used to play football when I was in school. I still love the game a lot. As I am a student of HRM, I also wish to work for an NGO who provides services in very remote areas of Bangladesh. Then I can do Documentary Photography over the life of the people there.

So it was back in 2017, I realised that I can do something with photography. I bought my first camera phone in 2017, an iPhone 5s. The 8mp 1 inch sensor camera was able to take very good and sharp photos. I had no knowledge about photography back then. I used to take random landscapes here and there. After a few days my elder brother bought a camera, a Canon 1200D with 18-55mm kit lens. I would become pretty scared if I held the camera. I felt like, “If I drop this accidentally, what would my brother do to me? How would I get money to pay him for another camera?” After a few days, he bought a 55-250mm f/4-5.6 lens. It amazed me how the lens zooms in, still captures very sharp photos. My brother started working with a national football club, Dhaka Abahani Limited. Sometimes he used to take me with him, that’s when I got to know about the camera. Like, how to hold it, how to focus and stuff. Then I once photographed for a band in a concert, Shohojia. They liked my photographs. A few days later, they took me as their official photographer. I still didn’t know the manual exposure and other stuffs. But at a time, my brother would not want to give me the camera for the concerts. Then I asked my father to buy me a camera. He bought me a Sony a6000 and a 16-50mm f/3.5-5.6 OSS kit lens. Sony is relatively new in Bangladesh. I had no people around me who could lend me a wider aperture lens. & as I did not know the manual exposure, it got difficult for me to shoot at very low light in concerts. So I searched on youtube. I found a channel. There’s this guy from India named Saurav Sinha, an amazing teacher. I learnt basic compositions and manual exposure from there. I learnt my camera from another youtube channel named Hikyletaggert. That’s how I started.

I did not have enough money to buy a telephoto lens to do wildlife photography. So I decided to continue street photography & if I get any chance, I might start Photojournalism. So, in October 2020, a chance came. A huge protest took place all over Bangladesh for the highest punishment for rapists. So I started going the the protest everyday. The protest happened for almost about 14 days. I met many photojournalists there. I learnt from them. I was given many lessons on photography by K M Asad(Zuma Press), Shaikh Mohiruddin(Drik News), Saiful Amin Kazal(PPA), Asif Iftekhar Sumit(The Report Live) and many others. I still use my Sony a6000 and the 16-50mm lens. Though I found a close senior Sadikullah Mahmud who uses Sony a6400. He gives me his lenses to use on different occasions. I prefer to take wide shots. And in my crop body, with the 16mm lens, I get a 24mm equivalent. So it’s pretty helpful for me. I use Lightroom Mobile to process my photos. I do not have a laptop or a desktop, so I have to do the processing in mobile.

I was selected in top 50 of the week 29. The hashtag was #BestOfTheWeek29. a few more tags were, #Bangladesh #Dhaka #LiberationWar etc.

This is the photograph which helped me to be in the top 50, was taken at Rayer Bazar Buddhijibi Graveyard, Dhaka on 14th December, 2020. It was a stage play happening in front of the monument. 14th December is our Intellectuals’ Day. Our liberation war took place in 1971 against West Pakistan(Now Pakistan). When they were sure of their defeat, just before two days of our victory, they took many intellectuals from home and killed them to break our nation’s backbone. They buried our intellectuals from Dhaka in Rayer Bazar, where this photo is captured. It was this day, 14th December, 1971. December 16th is our Victory Day. So this drama was actually showing what did they do to our intellectuals. The guy wearing the green scarf is representing Pakistan Army in this photo. And the Red Scarf guy is representing a Bangladeshi Intellectual. And in the foreground, a Pakistani flag can be seen. I like this photo because of the expression in the face of the artists. Also, in the background, people can be seen with their dropped jaws. I think the photo strongly represents the date 14.12.1971. And the expression of the people in this photo strikes in the heart of most of the people. That’s why I got the votes, I think.

I have not received any awards yet. I am pretty new in photography. But I hope to get a prestigious international award in near future. I don’t work as a full-time photographer as well. I have many issues which are yet to be recovered. Also, I can’t go out to take photo if I have another work like family works, classes, assignments etc. Well, I recently joined the Pacific Press Agency as a Contributing Photojournalist. I have a to submit stories there once or twice in a month at least. That is my only work currently.

I think I lean more towards wider shots than closer shots. I am not a huge fan of tight compositions unless it’s necessary. Also I look for leading lines in a frame. Foreground is also very important for me to tell a story. I like to experiment more. I try to get different compositions in the same photograph.

I would like to give a little message to the photographers around the world. Don’t demotivate people who are trying hard to make good arts. You did not become a good artist in one day. Also, say NO to free arts. Many newspapers, press agencies get photos for free from many photographers who just want their work to get published. If you contribute free photographs, you are taking away someone else’s food. There are many photographers trying to get into a newspaper/agency unable to get into one because of that. And a message for the press agencies and newspapers, Photojournalists keep their lives at risk, if you can’t pay them what they deserve, you should not hire them. Arts matter, Artists matter, Artists’ lives matter. The world wouldn’t be a good place if there is no artist.