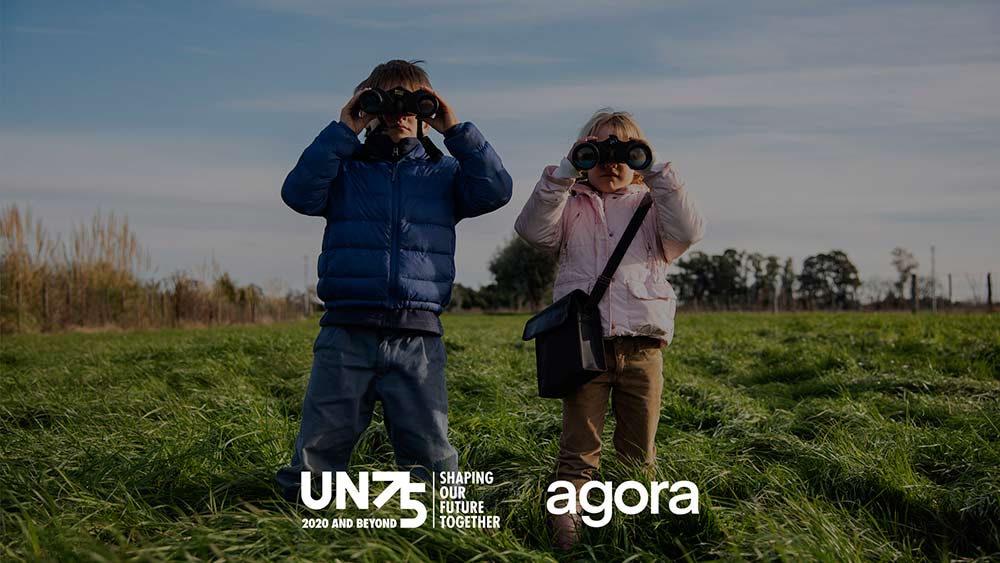 This year, to commemorate the United Nations 75th anniversary, UN Secretary-General António Guterres launched a global conversation (UN75: Shaping our Future Together), in which the world could share their thoughts on the future of our planet.

Agora, in Official Support of this global initiative, launched the photo contest #TheWorldWeWant to offer a visual way for people to share their vision of the future.

After over 50,000 submissions from over 130 countries, 75 winning images were selected to be presented in one of a kind virtual exhibit. Not only do these images highlight the issues that really matter to world citizens, but they also serve as an example of the unity and determination necessary to get there.

Not only have Finalists from this contest been exhibited virtually but a smaller selection are also currently exhibited physically in the UN Headquarters in New York.

“Now more than ever, the many voices of ‘We the Peoples’ are needed to fortify human solidarity and overcome the unprecedented global challenges we face. I am grateful that Agora is supporting the 75th anniversary of the United Nations by inviting people from diverse countries and from all walks of life to share their vision of the future in this unique photo competition.”

“It has been an immense honor to participate in the United Nations 75th milestone anniversary celebrations and provide a visual platform for people worldwide to express their wishes for change. I would like to thank all the participants from 133 countries who uploaded more than 51,000 photos to #TheWorldWeWant photo competition, communicating the values which are needed today to make our world a better place for future generations.”

If you’d like your photography to serve a greater purpose and receive global recognition, Agora is the place for you.

Become part of out global community by downloading the app now and submitting your best photos to our photo contests launched weekly.

Together we give recogntion to humanity’s talent.

Power to the people.